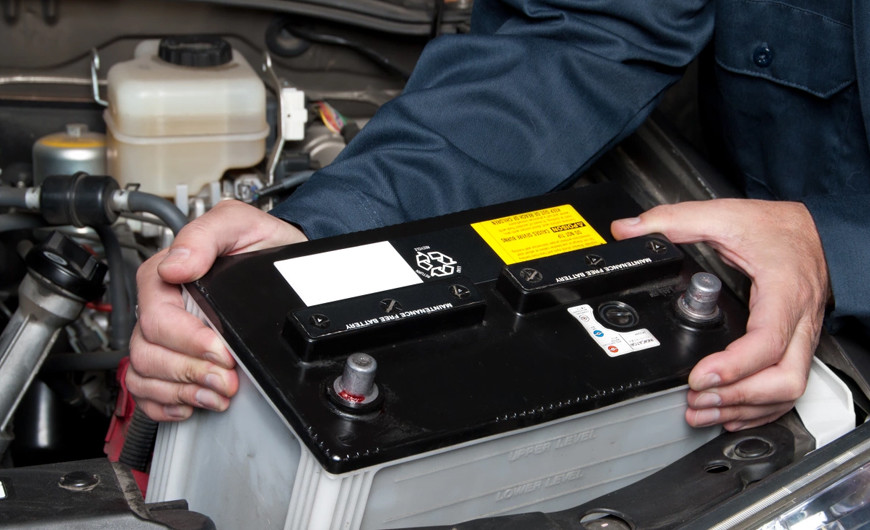 Signs that your car battery is dead

There are two types of components in your car. One, components that needn’t be replaced once in a while. Two, components without replacing which you can’t move on. Of course, by choosing the best products, you may enhance the life-span but nothing is assured.

To take an example, you can get some of the best tyre and car battery in Dubai from New Bharath Tyres and keep them running for a long period of time. The case of car battery, however, is different. Regardless the product you use, frequent repairing is somewhat a necessity. And, it’s better if you recognize the problem as early as possible and fix it.

In this article, we will talk about some signs your car battery is dead. A dead car battery means the charge in the battery has run out. You will have to recharge it or replace the battery. So, if you find any of these signs in your vehicle, it’s time to replace/recharge the vehicle. Shall we start?

Car Will Crank, but Won’t Start

This is the best sign to understand the car battery is (almost) dead. Normally, when you turn the key, the car would crank and will be started in no time. It means that the charge from the battery is used to start the car. In the case of dead battery, however, this would not happen. On the other hand, the vehicle would crank in a continuous manner. If the battery is weaker than the normal state, it may start after cranking a lot. In both these situation, you will have to replace the battery from an authentic place.

A powerful car battery would not have trouble when you want to start the vehicle after leaving it idle for a full night. However, if the car battery is about to die, this process would take some time. The car would take more than a few attempts to start the car, everything going in vain. Therefore, if the car does not get started in the morning, it can be a good sign for replacement. Even if the issue comes less frequently, you can check the current power of the battery, so that you’ll be sure.

This is a bit more obvious, you know. You’re driving and you just try to play some music. As it happens, the MP3 does not turn on. Even if it turns out, don’t expect it to work seamlessly for a long while. This happens with a bunch of other electronic accessories as well. Unlike starting the car, the electronic accessories are powered by the battery itself. If the battery is nearly dead, you would find difficulty in using the accessories. And, in case you have more accessories, you would soon be unable to turn them on.

If you find these signs that’s if you managed to ignore a possible notification on the dash, in the car, don’t think twice. Go ahead and replace the battery from an authentic sources. Although not as effective as getting some good tyres, getting the best battery in town would definitely keep things simpler.